So I’m trying to wrap my head around this and so far, have not been able to. I’m a fan of the Alien series and now that Alien: Covenant is available on Digital HD via Vudu and Amazon, I’ve had to fight my trigger finger which wants to instantly purchase it. The reason is that the DVD version, which comes with the Digital HD copy, is cheaper. That makes very little sense.

Since I’m interested in Alien: Covenant, we’ll use it in the following breakdown.

The HD digital copy currently runs for $19.99 on Amazon.com. The same is true for Vudu. This is a copy of the movie that you download or stream instantly. Let’s check it out first. 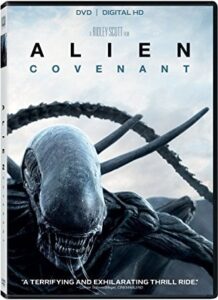 Logically, you would think that the DVD version would be more expensive just based on these facts alone. However, there is more that isn’t being considered. The DVD may come with extra features that the Digital Copy does not. Also, the DVD comes with the Digital HD copy which Amazon and Vudu are currently selling for $19.99. Taking all of this into account, you’d expect the DVD to run much higher than the digital copy alone, right?

This makes no sense to me. Why is the copy which has to be physically created, stored, and shipped, less than the digital copy that it’s made from? And contains! It seems that the Digital HD version should be cheaper than the DVD version rather than more expensive. In fact, since $14.99 is the starting point for the DVD, shouldn’t the Digital HD version be, say, $9.99?

Somehow, the same product is less expensive when more is added to it.