Last month Disney made the announcement that they were planning to remove their content from Netflix and create their own video streaming service. This prompted a lot of feedback all over the web, from happiness to annoyance. On one hand, Netflix members will be losing a lot of popular content and have to subscribe to one more streaming service. On the other hand, all of that lost content will be added to a vast library of existing content that has never been on Netflix, Hulu, or any other streaming provider.

My initial thought on this matter was that Disney wasn’t going to be able to sustain this for very long. The main reason for this was because they would have a more limited library than Netflix would be able to pull from, all because Disney will only be showing content from their own catalog. Once you consider the list of networks Disney owns or controls a large stake in — such as A&E, Lifetime, History Channel, and ABC — this catalog grows heavily.

But they are still limited to their own stuff. Netflix would be limited to pretty much everyone except Disney.

That was my initial reaction. I’ve since reconsidered and instead see a different future: the dawn of real a la carte TV.

What is a la carte TV?

A la carte TV is the Holy Grail of TV services. Instead of packages, you purchase the individual channels you want. This is in contrast to what networks think we want, which is 800 channels we’ll never watch.

Until recently I was using PlayStation Vue, the streaming video service from Sony. I dropped the service because I barely watched it, and when I did, I only watched very few channels. In fact, the only channels that got any use in my house were: 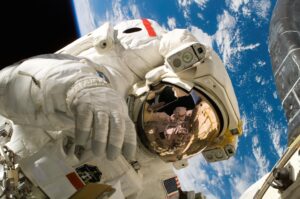 The Science Channel was all me. I loved watching shows like “How the Universe Works” and “What on Earth?”. AMC is primarily for watching The Walking Dead, though I also enjoy Comicbook Men. DIY is great because I like the various Mike Holmes shows, while the Disney channels were for my kids.

I dropped Playstation Vue because I was spending $30/month (soon to be $40/month) for a bunch of channels I never watch, while the few channels I watch weren’t currently being used. The Walking Dead won’t be back until the end of October, both of my kids were in Texas for the summer, and DIY was just costing me money around my house (it tends to give me ideas that my wallet doesn’t like).

If I could get those channels alone for a much lower rate, I would have. However, a la carte TV is not a service that truly exists. It is what people want, but it does not yet exist, despite the claims of a particular streaming service.

SlingTV is not a la carte TV

I’m sure you’ve seen the advertisements from SlingTV. They claim to be a la carte TV. This would be true if not for the simple fact that they are nothing like a la carte TV.

SlingTV, like virtually every other TV service, sells a package of channels. This is exactly like cable, satellite, and their streaming competitors. If you check the SlingTV website, their “Why We Are Better” page states the following:

This is TV on your terms, not your TV company’s. No useless channels, no one-size-fits-all models, no long-term contracts, no hidden fees, and easy online cancellation.

I agree with the last three parts. SlingTV has no long-term contracts, hidden fees, and cancellation is easy. You don’t have to call in to shut down your service, only to have someone try to convince you to keep the service anyway. But SlingTV, like every other package based TV subscription service, contains useless channels. Sling Orange, the cheapest package they have, currently contains Lifetime, Food Network, CNN, Freeform, and three ESPN channels. These channels are completely useless to me. The next package up has even more very useless channels which I would never watch.

“But Dave, it’s not just about you! Other people might watch them!”

Actually, that is the point. A la carte TV is supposed to be something tailored to me, not a package of channels that are supposed to appeal to the bulk of viewers (such as a one-size-fits-all model that Sling ironically says they aren’t). The truth is, SlingTV is just like the cable companies but with smaller television packages. 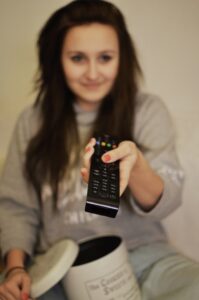 Let’s look at a package from DirecTV Now, the streaming version of the DirecTV video service. Currently, for $35/month you can get 60+ live TV channels. Many people think that if they wanted only, say 5 of these channels, that an a la carte service would mean they were dirt cheap. They come to this conclusion by simply dividing the $35 price by the 60 channels.

The expectation is that each channel would be about 58 cents, and that’s what they think they would pay for an a la carte version of TV. This is of course highly unlikely as it is not as financially beneficial to the content provider as a package of channels would be.

The closest I’ve seen to a la carte TV is Amazon Channels, a service available to Amazon Prime Members. Each channel offered in Amazon Channels is an individual subscription. The channels are similar to what you’ll see offered by cable and streaming providers, like Time Warner Cable or SlingTV.

Amazon currently offers the typical movie channels, such as:

They also offer some you’ve likely never heard of, such as:

The selection of channels available is growing, but you won’t find things like CNN, Fox News, TBS, or AMC. They do have PBS Kids, so your kids will be happy with that. The pricing is also pretty good unless you plan on purchasing several channels. That’s when things get expensive quickly.

Each channel is around $5/month and up. This means that if you want more than 5 channels, you’re already spending more than the 20 channel package with SlingTV. Granted, you are getting exactly the channels you want and nothing else, so this would really be dependant on what you actually want to watch. For some, this makes sense while others would want more channels for the same price, even if they don’t plan on watching them.

Personally, if I could get a package with only the 5 channels I listed at $5 each per month, I’d do it. That would be cheaper than PlayStation Vue and the DirecTV Now “Just Right” package. Plus, it would perfectly supplement my current streaming providers, Netflix, Hulu, and Amazon Prime.

The Streaming Apocalypse is Coming

So how does Disney breaking away from Netflix in favor of their own streaming service herald in the dawn of a la carte TV? It’s simple. If Disney is successful, other networks will likely follow. Imagine if other providers left Netflix and Hulu in order to start their own services? Netflix would turn into a land of mostly their own content, with only a small percentage of third-party films and TV shows. You’d be able to binge watch all of the Hulu made content in about two weeks. We would have the closest thing to a la carte TV that has ever been. We would also have ginormous TV bills.

Right now I pay Netflix and Hulu about $20 per month. I get a giant library of content. If that content split up into individual subscriptions, my wallet would commit seppuku. I can’t see Disney starting their service and selling it for less than $10 per month. If other content providers follow this path and start doing the same, things are quickly going to get very crowded and expensive. Depending on the channels you want, you may end up spending less month on a cable provider!

Right now I’m in the process of finding a new TV provider. I may end up going back to Playstation Vue, but I need to review the other options, including going back to cable or switching to satellite. I have a short list of requirements and as I’ve come to find, most of the providers do not meet my needs. When they do, the price is usually much higher than my previous provider, PlayStation Vue. So onward I search.

If the streaming apocalypse does happen, I suspect that services like DirecTV Now and PlayStation Vue will only increase in popularity. Hulu would as well, but since they don’t have AMC, it does put a big dent in their potential revenue.