Do you see that picture above? That’s Denise Milani. She’s a very well-known model from the Czech Republic. That picture of her and her dog is pretty adorable. What isn’t adorable is the high number of people who believe she is going to randomly add them as a Facebook friend.

As with a lot of you, I receive several friend requests from fake Facebook accounts. Either that or a lot of supermodels live in my town.

Each week I get on average between 1 to 5 requests from random attractive women who post about 3 or 4 pictures of themselves. In fact, it’s almost never more than 4 pictures.  The last picture is frequently accompanied by a bizarre message about how much sex they want to have with random dudes.

The text of the post usually looks like someone spelled it by throwing a keyboard into a blender, while the grammar is so bad that it can’t even be called broken English. This is likely in an effort to avoid detection by Facebook.

As a marketing tactic, these pages are trying to get you to visit whatever site they are linking to. They hope that an attractive person who claims they want to sleep with you will be enough to convince you that it’s real.

This is understandable. I mean, I know my day is constantly filled with beautiful models relentlessly beating down my door, all in the hopes of getting me into bed with them. Or I dreamed that.

Some of the sites that are linked to are legitimate sites. By that, I mean these websites aren’t trying to destroy your computer or identity. They are typically websites in the dating or pornography industries. However, the fake Facebook account marketing tactic is not often part of a legitimate company’s marketing plan. Instead, that tactic comes from many of the people who have affiliate accounts with them.

Still, there are many scammers who use these fake accounts to lure unsuspecting people into a trap to load malware on their computers, gain access to their financial information, or steal their identity.

Another way these fake Facebook accounts will attempt to hurt you is by getting you to add them as a friend, thereby giving them access to your Friends Only information, including pictures and profile data. This allows them to use the information to pretend to be you in a fairly convincing way. Ever had a friend add you again, even though they are still connected to you?

When a scammer creates a fake Facebook account that uses your picture and information, to your friends it looks like it would be you. This gives the scammer the chance to start adding all of your friends, making them targets for what ever nonsense they want to pull off. This can include a wide variety of things that neither you nor your friends will enjoy.

Why the hell are you adding them?

The thing that baffles me about these fake Facebook accounts is how they are actually convincing guys to add them. This is something I truly do not understand. The profile is about as sketchy as it can be and almost literally screams “I AM NOT REAL!” So why the hell are all of you adding them? 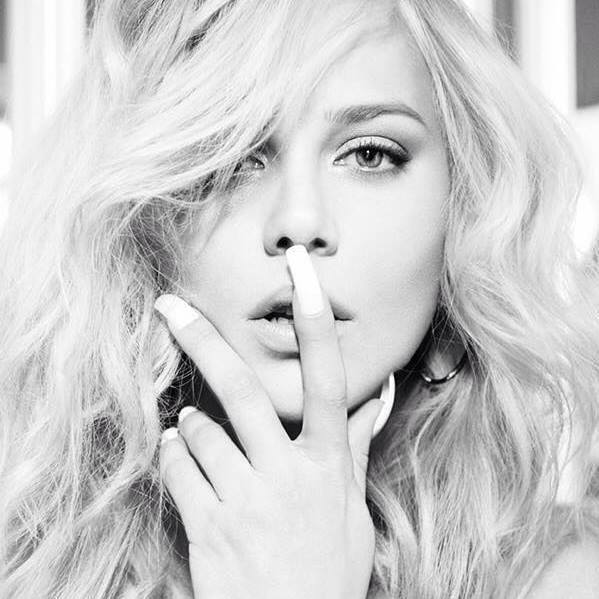 A few months ago the film actress and rapper Abbie Cornish sent me a friend request. For about 5 seconds I actually thought to myself “Wait, what? Is Abbie Cornish adding me? Me!?” Then reality set in and I realized that was about as likely as me hitting the Powerball 11 times in a row, all without purchasing a ticket.

Yes, it was a fake Abbie Cornish. My dream to spit bars with Abbie Cornish was dashed just as quickly as it appeared.

I frequently see well-known models being used for fake Facebook accounts. A few years back, someone tried to convince me they were Britney Spears. That was probably my favorite of all time, especially given that it was a promotional photo of Britney from the late 90’s. I imagine that was about one step above using a picture that says “iStockPhoto” across the front of it.

Many fake Facebook accounts are incredibly easy to spot. They normally contain any of the following:

I should also mention that they don’t always use models. Sometimes they use pictures of regular people who they’ve copied from Facebook, Twitter, or Instagram. Still, the M.O. is typically the same: only a few pictures on a recent account and they have the sex drive of a rabbit.

It isn’t just guys falling for this

Guys are not the only idiots falling for these fake Facebook accounts. I know several women who do the same thing. Their Facebook account is slam packed with “friends” who are just random attractive guys who added them. Yeah, those guys are just as real as the Abbie Cornish account trying to add me.

This is one of the worst responses people give for adding fake Facebook accounts as friends and sharing things that are clearly made up. Of course you can know these things aren’t real. If you stop and think about it for more than 5 seconds, you’ll be able to see through the nonsense.

It’s easy to spot a fake Facebook account. Most of them are either way too good to be true (ie. Abbie Cornish trying to be friends with me) or they are accounts with obviously fake content (such as the hundreds of models who live in Asheboro).

This really boils down to something very simple: don’t add people you don’t know.

Why the Anwar Jitou’s friendship request warning is a hoax