As you are more than well aware of, the world is currently turning into a basket of crazy while a viral plague of apocalyptic proportions ravages our populations, sweeping through nations and leaving empty cities in its wake.

OK, it isn’t that bad but it is a lot more serious than our mainstream media led people to believe for the first couple of months of 2020. Fortunately, the Internet provides access to more news and opinions than our televisions do, so while our major news outlets and pundits were laughing at people worrying, saying the flu is worse, I was preparing, stocking our house and getting ready ahead of the panic buying frenzy that occurred in March.

Yes, that includes toilet paper. I bought ours about a week or two before everyone went bananas.

Since our grocery stores were getting hit pretty hard and this virus transmits so easily, I switched to online shopping. I wanted to buy more items in bulk because, unlike everyone around me laughing and saying it will be done in a couple of weeks, I knew things were going to last much longer. And they have.

I checked Sam’s Club and Costco. Since we don’t have one near us, I’d have to use their online stores. Both of those bulk suppliers were out of everything I would have purchased. I started checking other stores like Amazon, Dollar General, and Target. Dollar Tree had a notice up saying they moved all of their products from their online store to their physical stores.

At this point, schools were being closed for the rest of the year in other states, and I knew it was just a matter of time before it happened here. Over the weekend our state governor closed schools for two weeks. I didn’t and still don’t expect my kids to go back this school year, especially after this time was extended to the middle of next month.

A couple days after the school closure, I found Fleet Farms. I ordered a bunch of products, mostly canned food and pop-tarts. It took a while to get the delivery and they had to reduce it because some products were no longer available, both of which are understandable given the situation. I was happy to find them since they were one of the only places left that still had products available online.

Fast forward to today. Sams Club, Walmart, Lowe’s Hardware, and many other retailers including Fleet Farm now only offer much of the products people are looking for, in their stores. This is a terrible idea.

Social distancing is one of the things that helps prevent the spread of this virus. Another is reducing the amount of things you touch that other people have touched. With a physical store, lots of people go in and out of there and touch everything. We even have report after report of people deliberately coughing on food to spread the virus.

So why the hell are these companies not emphasizing their online stores as a better alternative? This would make way more sense than exposing yourself to the public and contracting or getting the virus.

But wait. People have to touch the products that they ship to you!

Yes, just like people have to touch the products that get shipped to the grocery store. The difference is that online ordering and delivery don’t put you in the Walmart petri dish. It limits exposure, both to other people and to you.

This is the way stores should be working. Push online sales to help prevent exposure in stores. It is more convenient and safer than going into the store.

This is why I didn’t say shut down all grocery stores. We may get there if things don’t really cool down, but in this scenario, we are still leaving them open, primarily for people who don’t have Internet access. Since a very small percentage of the public fits that description, it would still help reduce exposure quite a lot.

An extreme solution would be to force online ordering. The grocery store we use has online ordering for some locations, but of course, the stores here aren’t yet participating. They all should be doing this. Every mid to major retailer should have the option to order online and pick up in the store. This would prevent a lot of browsing around and grouping up of people. Essentially, it would work like this:

The store is closed to the public. The only people allowed inside are those who work there and those who are paying without a credit card. All of the staff are charged with collecting incoming orders. They are the shoppers. They get your stuff ready for you and you to pick it up when ready. They only let in people who are there to pay for their products.

As stated, that would be the extreme version but it would help quite a bit. You would likely still need some way to take orders offline for people who have no Internet or phone access, such as at the door. 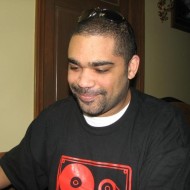 Nomo Momo: How I helped my 5-year-old quit being scared of Momo